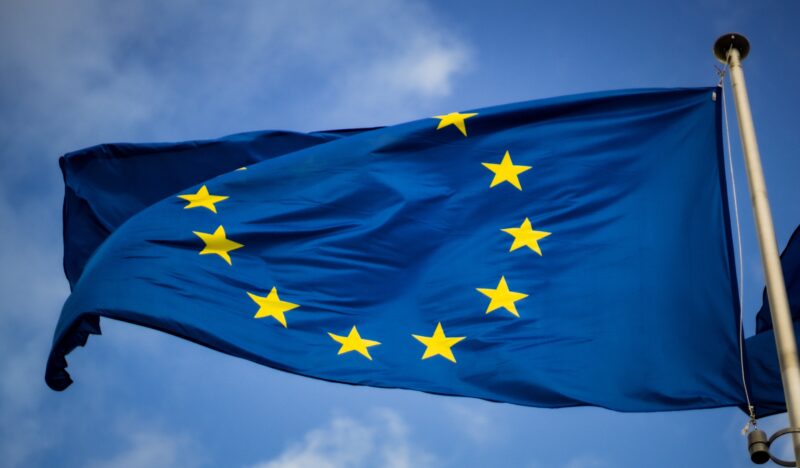 A call for dialogue as a key to just transitions

“Life, for all its confrontations, is the art of encounter”

1) Context: Over the coming years, European Union citizens are called to contribute to the Conference on the Future of Europe. This initiative, a joint project of the European

will open a wide-ranging debate on the coming decade for the EU and beyond. 2021 will also be the first full post-Brexit year with a need to rebuild positive connections between the United Kingdom and its neighbors.

In this context, Justice and Peace Europe has decided to focus its 2021 Concerted Action on exploring old and new forms of dialogue as the key to a common and fruitful European future, a future that includes and cares for all European peoples and nations, whether or not, they are in the European Union.

2) Challenges: The EU with its institutions has emerged in successive waves since the Second World War. As it evolved through alternating phases of institutional deepening and geographical expansion, it developed peaceful methods to balance diverging (economic) interests, (geographical) perspectives and (historical) perceptions among Europeans. Yet, over the last 15 years, the Union has struggled because of a lack of solidarity when facing institutional, financial and migration challenges.

It is now confronted with an overwhelming public health challenge, increasing inequalities, instability on its borders (Libya, Ukraine, Turkey, Belarus), the rise of extreme right movements and increasingly polarized societies, as well as the decision of the United Kingdom to exit the EU. Clearly, there are signs of a divorce between the EU and a measurable part of its citizens. The achievements and future potential of the EU deserve and require new initiatives, pursued by both the elected and citizens, to enhance the credibility of the EU and to grow the civic ownership among citizens of its institutions and their policy making.

3) Diagnostics: Overall, despite their very real achievements in promoting peace and prosperity, the European Union institutions are nonetheless often perceived as cold bureaucratic administrations, servicing the needs of cultural, economic and political elites. Due to a range of factors the development of the European project has fallen short in its efforts to address some key challenges of recent history. In particular, the EU, the governments and their elected politicians have failed to build a coherent and common strategy in the fields of defense and foreign affairs; they have fallen short of agreeing fundamental Treaty provisions for a “Social Europe” that adequately deals with increasing inequalities and poverty inside the vast common market; they have not succeeded in convincing European nations to fully support each other when facing financial instability or migration challenges. Above all, they have failed to connect with people, despite the EU’s support for local territories and languages, of education, research projects, infrastructures, etc. Other institutions, like the Council of Europe and the OSCE, actively defend democracy and human rights and are more inclusive than the EU. Yet they also struggle, and their advocacy work remains little known or appreciated by European citizens. Over recent years, populist parties and leaders have attracted disenchanted and worried voters by using inflammatory nationalist rhetoric, in a destructive blame game.

necessity and desire to change. An EU joint financial multi-billion euro package has been agreed upon to allow real financial solidarity with those countries and regions that are most severely affected by the economic and social crisis provoked by the Coronavirus pandemic. EU leaders have demonstrated that multilateral negotiations, though hard work, can transcend differences. Compromises for a common good can be found that take into consideration the basic needs and fears of each party.

For the EU to grow its credibility and legitimacy for its citizens, it must expand this act of solidarity to fields ranging from public health and social justice to external cooperation, migration to environmental challenges. The EU will be acknowledged by its citizens only if it is able to combine prosperity and social cohesion, to promote geopolitical stability and to protect the environment. Besides, the keys to just transitions cannot be found without engaging in a balanced and respectful dialogue with neighbors.

Here, Brexit clearly calls for a new perspective. Furthermore, the Council of Europe, the OSCE and also NATO have important tasks to fulfill within Europe and beyond. The EU therefore should promote new real encounters with these organisations with the aim of achieving the common good. Each can become a place for European citizens to meet and work together on shared security, on managed migration, on rights and responsibilities.

5) Conviction: beyond crisis negotiation, dialogue is a key to just transitions. Resolving conflicts through multilateral dialogue – even channeled through a jungle of bureaucracy – has been a trademark of European institutions, especially the EU. It remains highly preferable to battlefields and more effective than bilateral negotiations.

Multilateral and multilevel interactions give experience, coherence and strength when facing larger challenges, when negotiating with other world powers. From history we know that dialogue requires a framework, engagement and respect. As we develop methods for civic dialogue adequate to our times, we must demonstrate faithfulness to our common roots and values (the rule of law, the respect for democratic procedures), authenticity in engagement (acknowledging vulnerabilities, risks and errors transparently, addressing shortcomings) and a deep respect of each participant’s identities and fears. Diversity in languages, religions, nationality, experience of history, understandings of Europe, should be treasured as expressions of our common heritage, rather than obstacles to be erased or overcome. Indeed, dialogue should be grounded in subsidiarity, fostering a sense of local autonomy and creativity and we should always bear in mind what unites us.

Dialogue in each European body should also keep an open door for citizens who do not belong, and, yes, also for people living in other parts of the world. Indeed, for decisions to be owned by citizens, institutions and leaders must rejoice in diversity whilst joining forces in adversity. Real dialogue keeps leadership and listening, unity and diversity, in balance. It is the method that creates the trust necessary to handle crises, focusing on the common good rather than on the minimum common denominator.

Justice and Peace Europe – as a Christian network and through its commissions – has practiced dialogue for decades. Inspired by the Gospel, spurred onwards by the encyclical letter Fratelli Tutti, we will engage actively in both the structure and the content of upcoming dialogues in Europe. We will continue our commitment to the Conference of INGOs at the Council of Europe. We will participate in the Conference on the Future of Europe by creating spaces for dialogue and experimenting new methods for dialogue.

In the spirit of Fratelli Tutti, we will insist on listening to each stakeholder, as well as on care and inclusiveness for the most marginalized of our neighbors. We will also insist on an EU set of rules for a respectful dialogue on social media platforms knowing that European regulations have the power to set a precedent at the global level.

The national commissions of Justice and Peace will, whenever possible, discuss with politicians and representatives of the civil society on ways to strengthen authentic encounters that may lead to real change.

It is our hope that such renewed dialogues help European institutions to adapt to the new and evolving conditions of our times.