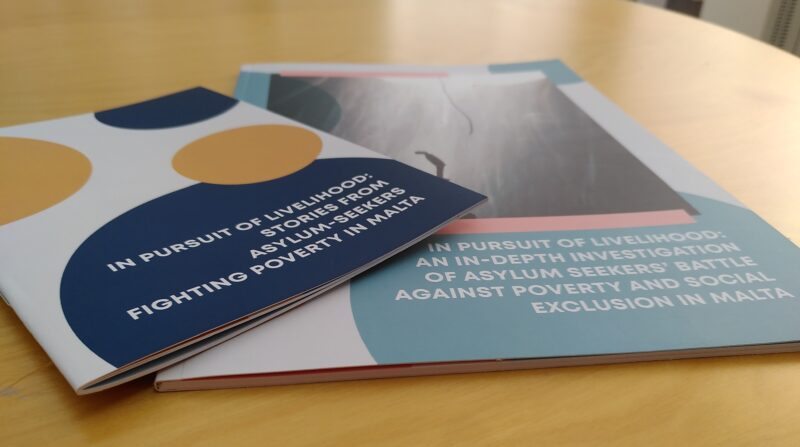 The steep rise in cost of living, including an exponential surge in rent prices, and stagnant wages are among the factors fostering poverty among asylum seekers in Malta, a report found.

The report authored by Julian Caruana and Alexia Rossi and published by the Jesuit Refugee Service (JRS) Malta and aditus foundation, with the support of the Malta Community Chest Fund Foundationwas launched on Wednesday 13th of July.

Entitled ‘In Pursuit Of Livelihood: An In-depth Investigation Of Asylum Seekers’ Battle Against Poverty And Social Exclusion In Malta,’ the report investigates the phenomenon of poverty among asylum seekers and its causes.

Representatives of Caritas and YMCA also delivered presentations during the presentation of this project which took place at the University of Malta’s Campus in Valletta. Together with Dr Carla Camilleri from aditus foundation, Mark Cachia, on behalf of the Justice and Peace Commission, took part in the final panel discussion which was moderated by Dr Daniela Debono.