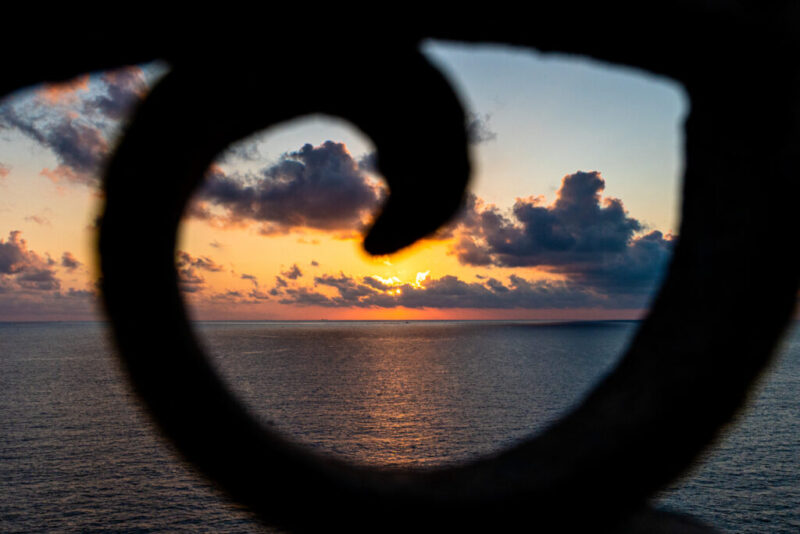 “Listen to the voice of creation”. This is Pope Francis’ invitation in the message he issued on the occasion of this year’s Season of Creation (1st September to 4th October 2022). The Pope encourages us to listen carefully to the voice of creation: the voice of the planet and the voice of the people who live in it, voices that have long been silenced and put aside due to “predatory economic interests” that translate into destruction of the environment and misery for many people, especially the poor who are always the ones who suffer the most from the consequences of environmental destruction. Together with these voices, the Pope does not forget to remind us of the voices of our children and of young people who feel threatened by the future that we adults will leave them, as a result of the insensitive and unsustainable decisions we are taking.

Faced with this appeal from Pope Francis, the Justice and Peace Commission and the Interdiocesan Environment Commission felt the need to jointly issue this statement as a reflection for this year’s Season of Creation. The commissions make their own the Pope’s wish that all people, especially those who believe in Christ, unite to translate their prayers and wishes into a more serious commitment to protect this common home that God the Father gave us. This is because “Living our vocation to be protectors of God’s handiwork is essential to a life of virtue; it is not an optional or a secondary aspect of our Christian experience.” (Laudato si’, 217).

This is a call addressed to people who, convinced of their responsibility towards creation, can build communities that translate their beliefs into concrete action that leads to economic vitality, justice, social cohesion, environmental protection and sustainable use of our resources.

Pope Francis speaks of conversion because this commitment demands from us changes in our consumption and production models, and in our whole lifestyle. There is a need to discard practices that have gradually entered our lives which, whilst making our lives more comfortable, have a negative impact on creation. Whilst we enjoy the benefits, others pay the price for our excesses. The problem of climate change and the destruction of biodiversity are examples of this.

Respect for life and its dignity lies at the root of the commitment to listen and respond to the voice of creation. However, we must be coherent in what we say and do and in every aspect of our lives we are called to embrace a consistent ethic of life. Sometimes we profess certain values, but our words and/or actions show otherwise. For example:

Many of the inconsistencies that have been mentioned (and others that have not been mentioned) are the result of bad decisions that neglect the demands of justice as well as a lack of long-term vision and action. The Justice and Peace Commission and the Interdiocesan Environment Commission would like to end this statement with an appeal to the political class of our country to stop wasting time on partisan piques that only serve to get our country into alleys. The important thing is to learn from the mistakes made and not to repeat them or take advantage of them. Both commissions call for the representatives of the people to keep the common good – and not the good of the party or of particular groups in society – as their highest value and not exploit environmental issues to please the electorate.

Every citizen, and especially those who have political responsibility, is called to listen and heed both the cry of the earth and the cry of the poor. The challenge is to silence the noisiest voices and the deafening sound of money, so that we might success in listening to the voice of creation.