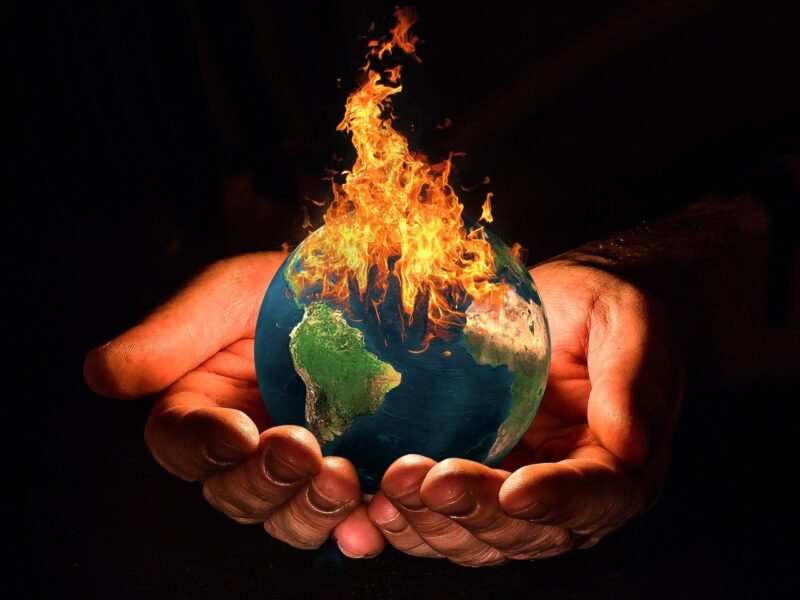 Rising temperatures and sea-levels, stronger and more frequent storms and heat waves, combined with intense drought and desertification, are unavoidable in the coming years, according to a new report released on the 9th of August by the United Nations Intergovernmental Panel (IPCC) on Climate Change.

The report makes for sobering reading and should truly serve as a moral and spiritual wake-up call. The authors do not mince their words in describing the catastrophic consequences which we will all face if we fail to act now and decisively to at least avert the most serious predictions outlined in the report. In a way, the latest IPCC report only confirm what we were already told: the cumulative impact of human activity is undoubtedly causing rapid and potentially disastrous changes to the climate that will render everywhere and everyone unsafe. As always, it is the poorest who will suffer most from the emissions emitted primarily by those living in the richest countries in the world. But in recent weeks we have seen climate-change induced events that are affecting many of the most prosperous communities in the world.

In fact, these grim and disturbing findings were published against a backdrop of scorching temperatures under red-orange skies, as vast wildfires devastate thousands of acres of land in Greece, Italy and California. In July, we witnessed dramatic images from Central Europe as devastating floods hit Germany, the Netherlands and Belgium. To this day, thousands remain without running water or electricity in this region. All over the world, from the Mediterranean to Canada, temperature records are practically being broken on a daily basis.

Because these events are hitting closer to home, many people, all of a sudden, are starting to care about something which seemed to be a remote and abstract problem which did not affect their day-to-day activities. Climate change is real, it’s happening and it’s pretty frightening.

The science is irrefutable. The real question is: Do we care enough to bring about the urgently needed change in our lifestyles? In other words, will we dare to bother?

In his book Moral Wisdom: Lessons and Texts from the Christian Tradition, moral theologian Fr. James Keenan SJ, says that sin is the “failure to bother to love”, a failure which is synonymous with that indifference which paralyses us and excludes any significant individual or collective/political action. Sometimes it seems as if we lack the energy required to really care. We scroll through our newsfeeds, we are somewhat aware of what’s wrong in our world, but we fail to muster the will required to do anything about it. Maybe we’re too comfortable to bother. In the worlds of Fr Keenan: “Our sin is usually not in what we did, not in what we could not avoid, not in what we tried not to do. Our sin is usually where you and I are comfortable, where we do not feel the need to bother.” In the Gospels, sin is attributed often to people like the rich man who never bothered to notice the need of his brother Lazarus outside his home or to those who in Matthew’s last judgement did not bother to feed the hungry, clothe the naked, welcome the foreigner and visit the imprisoned.

Applied to the climate emergency, we might turn to the words of Pope Francis who, in Laudato Si, invites us to hear the cry of the earth and the cry of the poor.  Yet as our daily actions continue to make climate change worse, it seems that we are choosing not to bother. Like the Priest and the Levite in the Parable of the Good Samaritan, we are too self-absorbed and too comfortable to embrace the disruption which love entails. Because, deep down, we know that when we bother to love, our well-laid, nice and tidy plans will always by upended. In other words, to bother is to act. When we bother about something or someone, our listening and awareness is always followed by concrete action. Following the footsteps of the Good Samaritan, more often than not, that action involves a change of plans or a change in direction. In other words, a conversion. Otherwise we would be limiting ourselves to empty words, pious thoughts and wishful thinking. And what is required right now, in the face of the serious consequences brought about by climate change, is much more than that.

In the words of Pope Francis: “From God’s hands we have received a garden, we cannot leave a desert to our children.” What would it mean for me to really listen to the cry of the earth and the poor? What lifestyle changes are required from my end to reduce my impact on God’s creation? What political action will I be part of as we urgently seek to build a society which is finally eco-sustainable?  Let us not harden our hearts and close our ears and resemble that generation for whom the flute was played and yet they did not dance, and when faced with mourning, they did not lament (Mt 11, 17). The time to act is here and now, if only we dare to bother.