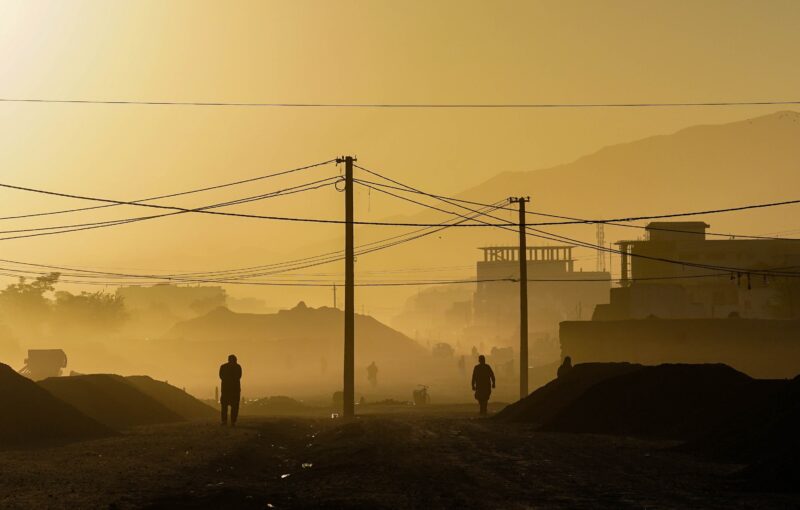 Dozens of people trying to climb aboard the wings of a US Air Force C-17 while taxiing at Kabul Airport. Seconds after take-off, at least two people fell from the landing gear to a horrible death.

This is the dramatic footage which probably best represents the sense of chaos and despair which has descended on Afghanistan and its capital Kabul in the last few days, after the Taliban’s stunning takeover of the country.

By some estimates, more than 400,000 people have already fled their homes. The humanitarian and health situation – already catastrophic because of the steadily rising number of Covid-19 infections – is worsening by the hour. Women have been overcome by a sense of panic and foreboding about their fate and people have been gripped by fear in trying to imagine how the newly installed Government will treat those who worked with the previous government and the international coalition which has been present in the country since 2001.

Events such as the ones we are witnessing right now inevitably give rise to a myriad of uncomfortable questions. These questions are uncomfortable precisely because no answer seems to satisfy us entirely. However, the fact that these questions are uncomfortable doesn’t mean that as a community of faith, we do not have the responsibility of asking them. For example, could this humanitarian disaster been avoided had our world leaders been more transparent about the real situation in Afghanistan? Were we, as citizens, too distracted and alienated to read beyond the propaganda which was fed to us till last week about a “successful” war which brought stability and peace to Afghanistan? Were we too indifferent to the suffering of our brothers and sisters to make an effort to wake up our world leaders who, once again, seemed to have fallen asleep at the steering wheel? It is useful to recall that the Afghan war was presented as a war of self-defence in response to the September 11th attacks. But when one compares the financial and human cost of the Afghan war to the results achieved, can such a military intervention, which includes a strong element of “nation building”, ever be justified from the point of view of the traditional Just War theory? Just as an example, let us mention that according to this theory, war must be fought to promote good or avoid evil, with the aim of restoring peace and justice after the war is over and that the war should be fought with ‘proportionality‘, with just enough force to achieve victory and only against legitimate targets (ie civilians should be protected). Once again, it would be presumptuous of anyone to pass a definitive judgement on such a complex issue but on these two counts alone, the intervention in Afghanistan seems to fail miserably to satisfy the required criteria.

In fact, whilst pundits and political commentators of all stripes fall over themselves in a bid to make sense of what is happening and assign blame, we should take a moment to remind ourselves that contrary to popular belief, the conflict in Afghanistan didn’t restart last week after a peaceful hiatus of twenty years.

All to often, when it comes to conflicts, the western world is struck by some sort of selective amnesia which allows us to conveniently ignore a number of conflicts happening around us. Few people, for example are aware of the fact that over the last twenty years over 240,000 people have been killed in Afghanistan. More than 71,000 of those killed have been civilians. According to the UN, Afghanistan also has the third-largest displaced population in the world. Since 2012, some five million people have fled and not been able to return home, either displaced within Afghanistan or taking refuge in neighbouring countries. Those young people clinging on to military planes on the runway of Kabul airport were not the first Afghans who resort to desperate measure in a bid to escape violence and persecution. And unfortunately, they won’t be the last Afghans who are Dying to Live. The later is the title ofDanielle Vella’s latest publication in which she shares countless testimonies of Afghan men and women who find themselves between a rock and a hard place. In the words of Hakeem, “We are afraid of the government and afraid of Taliban too. Whatever we do, one side is going to see us as the enemy.”

Unfortunately, it is too late to help the Afghan victims of violence, corruption, greed and indifference who have lost their lives unjustly over the last decades.  We can only remember them in prayer. But for all the others, who will continue to stand up courageously against oppression and violence and for those who see no option but to seek safety elsewhere, it is not too late. Just last week, Austria, Belgium, Denmark, Germany, Greece, and the Netherlands wrote to the European Commission claiming that halting forced deportation of Afghan migrants “sends the wrong signal and is likely to motivate even more Afghan citizens to leave their home for the EU.” We can do better. Not only for those fleeing the chaos of Kabul, but for all those fleeing the innumerable invisible and forgotten conflicts in today’s world. As Christians, it is our duty to continue reflecting from the viewpoint of faith and justice on all these conflicts, on their root causes, on our possible response even when – and maybe especially when – there are powerful interests which would prefer us to forget and ignore. It is imperative that these conflicts be kept visible and that we don’t allow them to fall into oblivion. After all, our God is a God who delivers his loved ones from the “pit of oblivion” (Is 38, 17).  In reality, when we love someone we cannot not remember them, and when we remember the victims of all these hidden conflicts we are loving those who in their desperate attempt to cling on to life risk falling into oblivion.