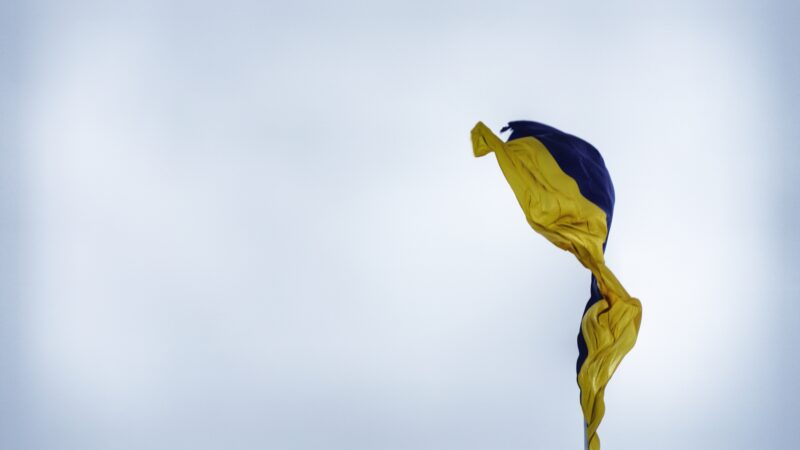 The Russian Federation’s brutal invasion of Ukraine means that war is once again raging on European soil. In the six months since the start of the war, tens of thousands have already lost their lives and more than 12 million people were forced to leave their homes. At this stage, the possibility of a catastrophic wider European conflict cannot be excluded.

The scenario we are witnessing is exactly the opposite of the culture of fraternity proposed by Pope Francis. “War is a failure of politics and of humanity, a shameful capitulation, a stinging defeat before the forces of evil. Let us not remain mired in theoretical discussions but touch the wounded flesh of the victims” (Fratelli Tutti 261).

Broken-hearted, we listen to the voices of all those who are suffering from the foolishness of war. The violent attack, the tragic consequences of which are in front of our own eyes, must stop immediately. We stand in solidarity – through all available political and material means – with those who are the victims of this violent aggression.

For those of us watching the situation unfold from afar, the understandable feelings of fear, anger and helplessness should not prevent us from responding to this tragic scenario with loving action.

To this end, we have drawn together a list of resources which can help you support those whose lives are being devastated by this conflict:

As people of faith, we believe in the power of prayer.

Below are some specific prayer points:

Pope Francis at the service of peace

A number of humanitarian initiatives have been set up to deliver immediate and urgent support to people in Ukraine and refugees in the surrounding countries. We have listed some examples of such organisations below.

Unfortunately, the widespread use of social media and quick access to information can mean the rapid spread of misinformation. Make sure you are getting your news from a reputable news website.

The articles listed below can also help you to prayerfully reflect on this ongoing tragedy, as viewed from the perspective of Catholic Social Teaching:

I considered myself a pacifist. Then Russia invaded Ukraine, and I had some questions.

Praying for peace – even when it feels useless

WELCOME REFUGEES, WHEREVER THEY COME FROM

Russia’s invasion of Ukraine has triggered one of the largest and fastest refugee movements that Europe has witnessed since the end of World War II.

Find out more about refugees fleeing from Ukraine.

But even before the conflict in Ukraine, the United Nations High Commissioner for Refugees estimated that, by mid-2021, the number of forcibly displaced people had surpassed 84 million.

It has certainly been encouraging to see the outpouring of support, and solidarity from European states, particularly those along Ukraine’s western border. The European Union, including Malta, has essentially thrown open its doors to all Ukrainians escaping the war. Through the Temporary Protection Directive, Ukrainian refugees will be provided with status, work authorization and social support for up to three years.

Images of injured women and children emerging from the ruins of bombed buildings have prompted the open arms policy across Europe. And yet, refugees from Libya, Syria, Afghanistan, Iraq, Eritrea, Yemen, South Sudan and the Democratic Republic of Congo who are fleeing from the same mortal risks are not being welcomed in the same compassionate way. Given the geopolitical ramifications of this conflict, it is perhaps understandable for Europeans to follow more closely and feel more intensely about the war in Ukraine. But shouldn’t the mercy being shown towards Ukrainian refugees be extended also to ALL refugees, wherever they’re coming from? The outpouring of support for Ukraine can be a point of light that illuminates the awfulness of our ‘normal’ asylum system which unfortunately inflicts unnecessary suffering on victims of other global crises.

To this end, the Church’s Migrants Commission and the Archdiocese of Malta have recently launched a humanitarian home-hosting initiative open to homeless migrants and refugees.

Proġett Kenn (‘shelter’ in Maltese), seeks to welcome, protect and integrate migrants into the community by offering them residential placements for up to six months.

Migrants will be identified by social workers and professionals working in the care sector. Priority will be given to refugees who are homeless between the ages of 18 and 20 and live in detention or open centres.