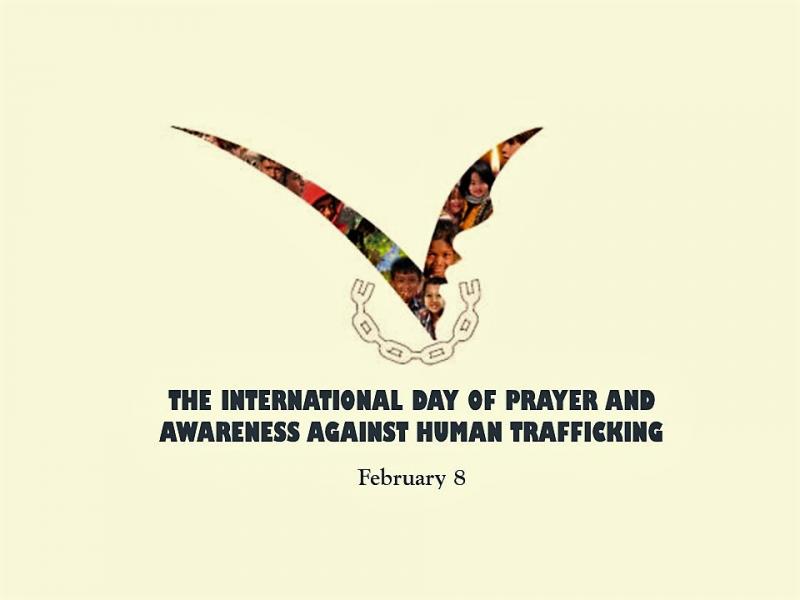 On this international day of prayer against human trafficking it is the right occasion to remember those who are still suffering due to such activity.  Over the years, human trafficking has been witnessed under various forms and conditions, however it still carries the same devastating and destroying effects.  A living example of this, is the story of St Josephine Bakhita, the patron saint of human trafficking survivors.

St Josephine Bakhita, also referred to as the “Black Mother” was kidnapped at the age of 9 and sold into slavery.  Such was the trauma that she forget her birth name and her kidnappers gave her the name of Bakhita, meaning ‘fortunate’.  She experienced the moral and physical humiliations associated with slavery until when in 1882 her suffering was alleviated after she was bought for the Italian Consul. This event transformed her life, as the family she was residing with, showed her kindness and respect. St Bakhita came to discover love in a profound way even though at first she was unable to name its source.

A change in her owner’s circumstances led her to join the Canossian Sisters of the Institute of the Catechumens in Venice. It was there that Bakhita came to know about God whom, ‘she had experienced in her heart without knowing who He was’ since she was a child. She offered comfort and encouragement to the poor and suffering while her constant smile won people’s hearts, as did her humility and simplicity.

As she grew older she experienced long, painful years of sickness, but she continued to persevere in hope and in the love of God.  Hence despite the traumatic and inhumane situations experienced by Bakhita, her love and dedication for the other, even to those who kidnapped her, are still of great inspiration.  As declared by Pope John Paul II, Bakhita’s legacy is that transformation is possible through suffering, being an outstanding example of Christian hope.

Modern slavery, involving the use of force, fraud, or coercion to obtain some type of labour or commercial sex act against the will of the person trafficked, is still present in today’s societies. Trafficked victims are multiple, including men, women, and children of all ages, races, and nationalities. Approximately 46 million people are caught in the trap of modern slavery around the world, which includes 10 million children, 15 million people in forced marriage, and 5 million in forced sexual exploitation.  Despite these figures, many believe that the actual numbers are greater than these, given that so many cases of human trafficking go undetected and unreported. It is easy to feel overwhelmed and helpless in the face of such a pervasive evil, yet the Justice and Peace Commission feels the need to spread awareness with regards to this alarming issue.  By joining forces with other organisations, we can advocate for anti-trafficking and anti-prostitution legislation, by ensuring adequate national policies are in place.  It is of utmost importance that the necessary emphasis is set such that the State protects the human person and the vulnerable, rather than prioritising over any possible economic gain or the demands of particular industries.