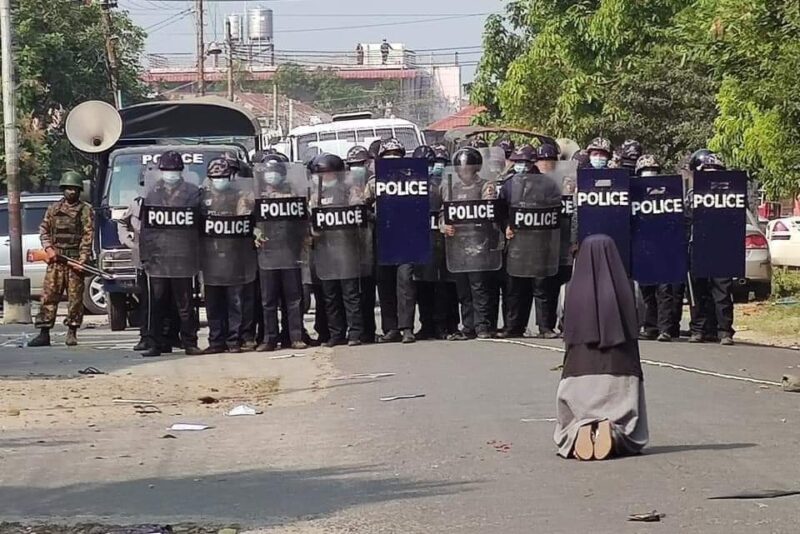 The peaceful elections of November 2020 in Myanmar were widely acknowledged as free and fair and they gave the new government a mandate and obligation to pursue the inclusive economic and social goals for which it was elected.

However, one month ago today, on 1 February, Myanmar’s military seized power, after detaining its democratically elected leaders from the governing National League for Democracy (NLD) party. The coup came after days of escalating tension between the civilian government and the powerful military. Since then arrests have continued unabated, with more than 350 people arrested, including officials, activists and religious, and many facing criminal charges on “dubious grounds”, as outlined by the Office of the UN High Commissioner for Human Rights.

The UN Special Rapporteur on the situation of human rights in Myanmar, Thomas Andrews, stated, “it’s as if the generals have declared war on the people of Myanmar: late night raids; mounting arrests; more rights stripped away’ another internet shutdown; military convoys entering communities”.
We are concerned by the reports reaching us in recent days indicating a significant increase in violence and the casualties and suffering arising for society and citizens.

On behalf of the Executive Committee of the Conference of European Justice and Peace Commissions (‘Justice & Peace Europe‘), we wish to support the people of Myanmar in their defence of democracy and to express our solidarity with peaceful protesters. We join Pope Francis in his recent appeal to those having political responsibility to “show sincere willingness to serve the common good, promoting social justice and national stability in view of a harmonious and democratic cohabitation“. We urge a prompt release of all political prisoners and support the call of the Catholic Bishops of Myanmar to the military authorities to refrain from violence and seek reconciliation, while adhering to democratic principles and fully respecting human rights, including the right to life, the prohibition of torture, the freedom of assembly, media and expression. We welcome the recent conclusions of the Council of the European Union and encourage the EU to use all channels of dialogue with key stakeholders in view of facilitating a peaceful and swift reinstatement of power to legitimate democratic institutions.

In a letter of 3 February 2021, Cardinal Charles Bo, Archbishop of Yangon (Myanmar), pleaded with the Generals: “Once again I plead with you, treat [the people of Myanmar] with great dignity and peace. Let there be no violence against our dear people of Myanmar”. We stay united in prayer with the people of Myanmar. You will not be forgotten. May truth, justice and peace prevail.

H.E. Mgr. Noel Treanor, Bishop of Down and Connor, President