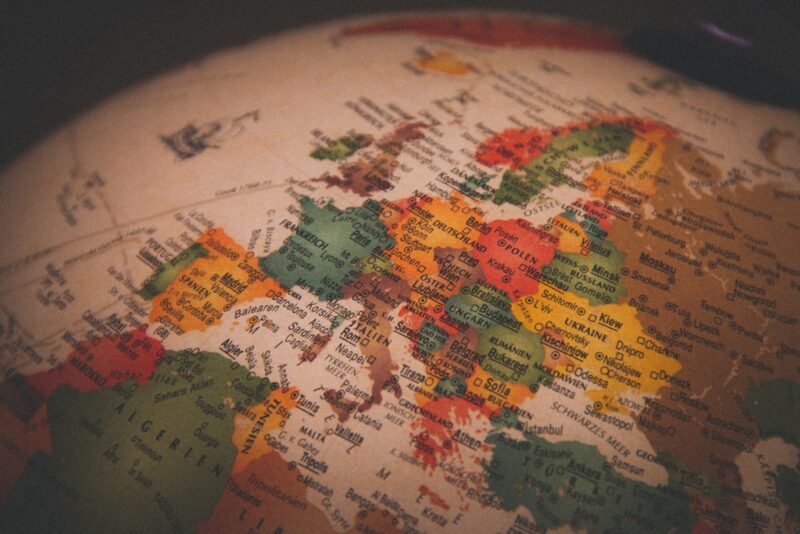 Surveying global affairs today may leave us with a sense of disorientation, unpredictability or even fear. European nations are confronted and challenged on the global stage with fragile trust in international legal frameworks and multilateral mechanisms, even if seeds of hope seem to be emerging with the revival of the transatlantic partnership. The Conference of European Justice and Peace Commissions, composed of more than thirty national commissions is convinced that the way forward for Europe as a whole is to be found in the development of a new culture of peace. Justice and Peace Europe has decided to promote this idea in its concerted action 2022.

The text of this concerted action was approved by the General Assembly of Justice & Peace Europe in October 2021. Unfortunately, much has changed since then. The Russian Federation’s brutal invasion of Ukraine means that the horrors of war are once again taking place on European soil. Thousands have already lost their lives. More than a million have already been displaced. And the possibility of a catastrophic wider European conflict cannot be excluded.

The scenario we are witnessing is exactly the opposite of the culture of fraternity proposed by Pope Francis. “War is a failure of politics and of humanity, a shameful capitulation, a stinging defeat before the forces of evil. Let us not remain mired in theoretical discussions but touch the wounded flesh of the victims” (Fratelli Tutti 261). The values and vision of the text proposed in this Concerted Action remain pertinent and valid. However at this crucial juncture in European history, each word takes on new meaning. It is our duty to deepen this reflection on what it means to build a culture of peace, as the roar of weapons echo close by.

Broken-hearted, we listen to the voices of all those who are suffering from the foolishness of war. The violent attack, the tragic consequences of which are in front of our own eyes, must stop immediately. We stand in solidarity – through all available political and material means – with those who are the victims of this violent aggression. And as a community of believers, we should not shirk away from asking uncomfortable questions about the moral parameters by which people may defend themselves against a violent and unjust aggressor. It is from this moral dilemma that the venerable, albeit controversial, just war theory was born. Its richness and complexity might shed some much-needed light as we try and navigate a way forward in these troubled times.

SEE – Europe is part of an increasingly fragile, multipolar and rapidly changing world.

Currently, the world is set on a path to a renewed great power competition manifested in various ways, including trade wars, disinformation campaigns and hybrid warfare. Gaps in arms exports control, continued possession and modernisation of nuclear arsenals by some members of the international community, and ever-increasing military spending further foment fears and fuel instabilities. Major threats to the life and security of people are in most cases, however, not posed by military means, as shown by the COVID-19 pandemic and its devastating consequences. Extreme poverty, rising socio-economic inequalities, restricted access to natural resources, as well as advancing environmental degradation make the achievement of authentic peace impossible. In recent years, many of these elements have been witnessed in Europe’s own neighbourhood and unfortunately it has developed into an arc of instability, with grave violations of human rights and democratic principles as well as tensions. Attention also needs to be paid to factors that have the potential to undermine social cohesion and endanger peace in Europe from within. We have only to think of dangerous phenomena that have been gaining ground in several European countries, such as xenophobia, hostility against migrants and refugees, or societal polarisation. In addition, external forces often fuel these phenomena. The European Union was born as a project of peace and reconciliation. Today, European countries may again choose a path that seeks peace and all Europeans are invited to further the idea of a new culture of peace as the overall strategy for Europe.

JUDGE – “Wherever he went, he sowed seeds of peace and walked alongside the poor” (FT2).

In order to better discern the signs of times and to define the role of the European Union in the world more precisely it is possible to take inspiration from the latest encyclical letter of Pope Francis Fratelli Tutti on fraternity and social friendship. In this encyclical Pope Francis has described war itself, and not only terrorist attacks, racial or religious persecution as an “affront to human dignity” and that all “these situations of violence have become so common as to constitute a real ‘third world war’ fought piecemeal.” (cf. FT 25). Thus, restoring peace becomes the overarching moral obligation for Christians and all people of good will. Restoring peace that “is not merely perceived as absence of war but a tireless commitment … to recognize, protect and concretely restore the dignity, so often overlooked or ignored, of our brothers and sisters” (FT 233). What Pope Francis called a world war fought piecemeal requires the European Union to forge the development of a new culture of peace, which “can be achieved only when we strive for justice through dialogue, pursuing reconciliation and mutual development” (FT 229). “The word ‘culture’ points to something deeply embedded within a political organisation, it describes its overarching inspiration and guideline. It means becoming passionate about meeting others, seeking points of contact, building bridges, planning a project that includes everyone.” (FT 216). A new culture of peace also demands dealing with the open wounds of the past in Europe and working for a global ethic of solidarity and cooperation in the service of a future is a particular task for religions: “The different religions, based on their respect for each human person as a creature called to be a child of God, contribute significantly to building fraternity and defending justice in society.” (FT 271). They can keep alive the vision of a “new world, where justice and peace are resplendent.” (FT 278)

The following elements may contribute to forging a new European strategic culture of peace:

– National and European decision-makers should endorse the understanding that being confronted with the same challenges to our security and peace, we all share the same geostrategic environment across Europe. No European country has the capacity to comprehensively address such global issues on its own. It requires a strengthened dialogue among states but also with civil society.

– European countries must take responsibility and acknowledge that their often inconsistent, non-transparent and unaccountable arms export policies are directly or indirectly fuelling conflicts and violence in the Middle East, Africa and elsewhere. An annual and independent report on the arms exports of EU members states should be considered.

– The EU Strategy against non-proliferation of weapons of mass destruction needs to be updated in order to reflect recent geopolitical, legal and technical developments.

– In the post Brexit-era the idea of setting up a pan-European peace net could be explored. It should engage the EU and the UK but also Switzerland and all other non-EU European nations.

– The new “EU Strategies Compass” should define clear strategic objectives oriented towards promoting human security – the security of persons, families and communities in their natural environment – and sustainable peace.

– European and national decision-makers should make more resources available for preventive diplomacy, a more effective and equitable use of aid as well a comprehensive and inclusive analysis of the context of a crisis so as to better take into account its cultural and religious dimension.