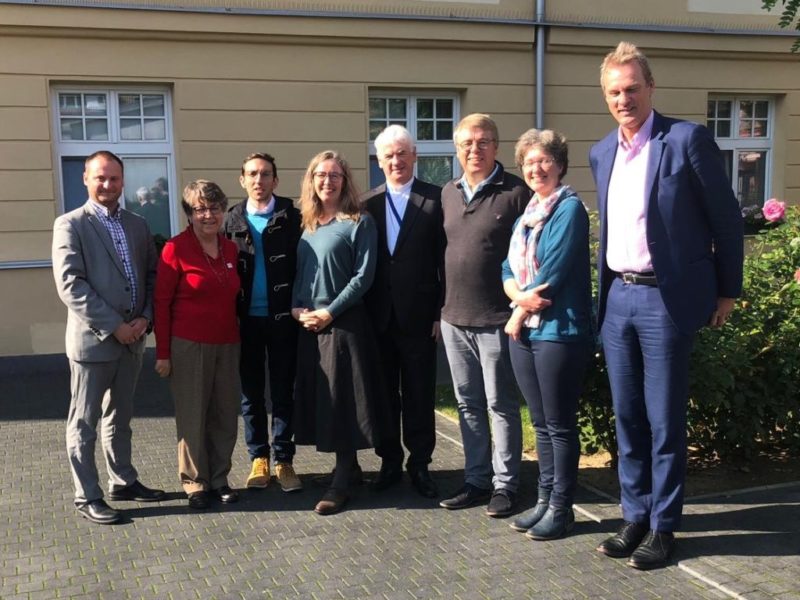 Elections and a safeguarding policy document were among the items on the agenda of the General Assembly.

In the course of the General Assembly delegates elected a new executive committee. Cecile Dubernet (France), Daniel Darmanin (Malta) and Marek Misak (Slovakia) were elected for a first three-year mandate. They join Isabel Cuenca (Spain) and Arnaud Gorgemans (French-speaking Belgium) who were re-elected. Maria Hammershoy from Denmark was elected the new vicepresident.

In his first annual report, Bishop Noel Treanor (diocese of Down and Connor, Northern Ireland), President of Justice and Peace Europe since 2018, encouraged the network to take part in the forthcoming Conference on the Future of Europe, which was announced last July by the designate President of the European Commission Ursula von der Leyen. He also encouraged the Justice and Peace activists to promote multilateralism as the most promising way to tackle global inequalities and to reform a rigged economic system.

The General Assembly received a report on the Special Assembly of the Synod of Bishops for the Pan-Amazon region currently in session in Rome. It also renewed its support for a binding human rights mechanism for multinational companies. The representatives of the European Justice and Peace Commissions gave their green light to the creation of a European Laudato Si’ Alliance (ELSi’A) with other Catholic partner organisations. Furthermore, they adopted a document on the Common Good of the Seas in view of Justice and Peace Europe’s Concerted Action for 2020. Through the annual Concerted Action the national Justice and Peace commissions co-operate every year on a specific theme.

Finally, the delegates to the General Assembly of Justice and Peace Europe adopted a Safeguarding Policy statement with a strong commitment to “creating and maintaining a safe and protecting environment in (their) gatherings and activities” and so to contribute “to making the Church a safe place and safeguarding a shared responsibility”.