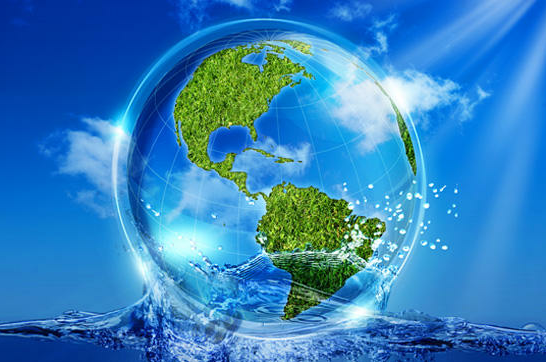 Living on an island in the middle of the Mediterranean, it is perhaps very easy to take water for granted.  Water surrounds us everywhere we go.  It is very easy to just open the tap and find water suitable for drinking. It is hard to imagine that around the world an estimated two billion people do not have easy access to clean, drinkable water.  Although a huge proportion of the earth’s surface consists of water in the form of oceans and the seas, only about 1.2% of this water is accessible as freshwater in lakes, swamps and rivers.  Yet, the availability of this water is unevenly distributed around the world and many times it is not suitable for drinking due to pollution and other contaminants.  Industrial processes have placed an increased demand for freshwater.  Water is a common good and a fundamental human right, but there are instances where this right is not respected.  A recent document issued by the Vatican entitled Aqua fons vitae (Water is a source of life), rightfully explores this fundamental aspect of water for the promotion of human dignity and integrity of human development.  Management of water resources can find a strong inspiration in Catholic Social Teaching especially in themes relating to human dignity, solidarity, justice, the universal destination of goods, subsidiarity, common good, integral ecology, integral human development and the preferential option of the poor.  Indeed, water represents an area that allows us to put into practice evangelical principles for the good of humankind.

Water also has a religious value.  The Bible makes various references to water, 1500 verses to be exact.  Some notable passages which involve water include the passage of creation and various instances of healing. Important church rites, such as those of Baptism and those of Holy Saturday use water as a symbol of regeneration and life.  The theme of water is also extensively represented in music and literature, and its contemplation imparts a sense of serenity and peace, suggesting an important contribution to socio-cultural and aesthetic aspects of life.  Wells have also been the place of negotiations, agreement, development and sharing.  Thus, water has an institutional value and value for peace.  It has the capability to create social cohesion and solidarity.  Issues involving water do not know boundaries. Resolving such problems requires dialogue between nations and would lead to a much more peaceful world.  Water can also be considered an industry since its purification for human use and consumption has a cost and therefore it has an important role in the economy.  This has led some to advocate the privatization of sources of water, without considering the impact of restricting the access of water to the poor, easily forgetting that water is a common good that should be available to all.

When I was thinking on these multi-faceted aspects involving such a seemingly simple subject as water, I reflected how much scientific advances and the common good are intricately intertwined.  With increasing technological advances, we have increasing responsibilities to care for the environment and protect the most vulnerable.  The mission entrusted to us humans at the beginning of time in the story of creation, that of taking care of the earthly garden, challenges us to educate ourselves towards a more open and inclusive education that fosters a culture of encounter and collaboration about water;an education which resists violence and corruption in water-related aspects. Ultimately, taking care of water means protecting life.