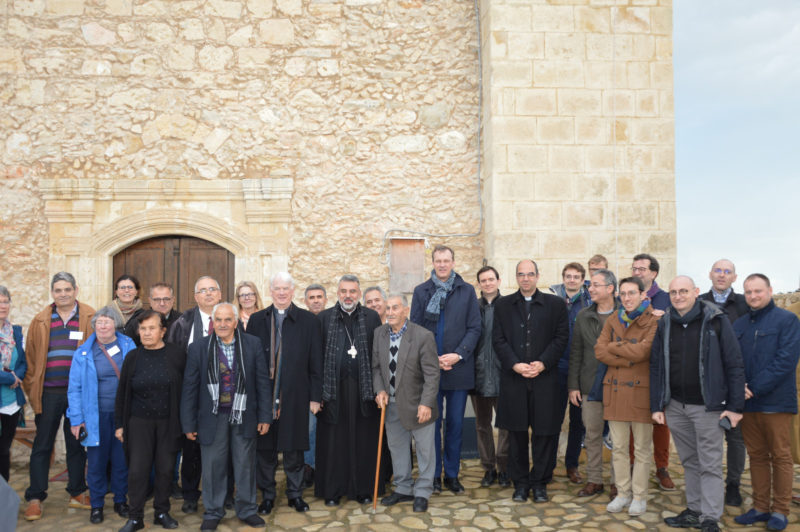 Daniel Darmanin participated in the Meeting of the secretaries general of Justice and Peace Europe held in Nicosia between the 21st and 23rd of February. The meeting was also attended by  two delegates from the Holy See and members of the newly set up Cypriot commission.

The delegates were welcomed by the Cypriot Maronite Archbishop, Joseph Antoine Soueif, who on behalf of the episcopal conference of Cyprus is responsible for Justice & Peace.   The Archbishop has been working for two years to set up the Commission, and the meeting served as the launching event. Those attending the conference had the opportunity to understand the history of this island nation, which has experienced many difficulties in its history, finally split in 1974, with the northern area under Turkish rule, where the official language is Turkish and religion is predominantly Islamic. In the northern part, Greek-Catholic, Orthodox and, to a small extent, Maronite, or Lebanese-born Arab Catholics, separated from their families could not practice their religion.  Some of the the border villages were turned into Turkish military camps, leaving previous land owners without a house. After years of dialougue the situation between both sides seems to be warming, however much work still needs to be done for the peaceful co-existence of these different ethnicities.  This peaceful co-existence is possible as evidenced by the beautiful soiree presented by a local choir and orchestra made up of a mix of these ethnicities.

During the meeting representatives of each country reported on issues and projects affecting them.  The meeting included a visit to the local branch of Caritas and an experience of the Maronite liturgy on Sunday.

The next general secretaries meeting will be held in February 2021 in Hungary.